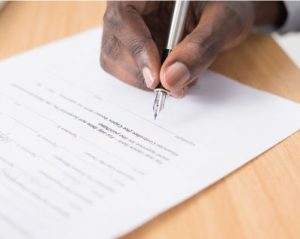 When employees are with you, they learn many things about your business. They can figure out who your biggest clients are, your billing schedules and practices, as well as other trade secrets that you have spent years perfecting. Then, they leave and go work for your competitor while you wonder what information of yours they are going to spill.

While NRS Chapter 600A deals with the protection of your trade secrets, which include the proprietary information of your client lists and billing schedules, often a more direct method is what keeps a former employee from sharing your business information with their next employer. That direct method is having each employee sign a non-compete and confidentiality agreement. If you would not go up to one of your competitors and hand over your client information, then no employee is too small in your organization where a non-compete and confidentiality would not be a prudent step.

Aside from a management or professional position, a non-compete would have to be drafted on the sparse side for your run-of-the-mill position, as Nevada law has limited an employer’s right to limit an employee’s future job prospects. For example, if you have an installer on payroll, you cannot have him sign a non-compete that prohibits him from working for a competitor for the next two years.

However, you can have him sign a non-compete that says he will not actively solicit your clients or other employees. In other words, he cannot suddenly decide to open his own business and poach your clients and employees so he gets off the ground running faster.

Enforcing Your Non-Compete and Confidentiality Agreement

In real life, the enforcement of a non-compete and confidentiality provision work rather seamlessly in many situations. You have your employees sign one (even if they are signing years after they started), and when they either quit or you terminate them, you remind them what they signed.

Perhaps even providing them with a copy to refresh their memory. While you could be proactive and send a short letter giving notice to the new employer about the non-compete, I would advise caution before doing so. First, your letter would have to be so carefully drafted so as not to run afoul of labor laws about what you can and cannot disclose about a former employee. Second, if that former employee is then fired by the new employer, you have invited a lawsuit that could have been avoided.

Instead, it’s best to keep your ears to the rails, and only when you have solid evidence your former employee is disclosing your proprietary information to his new boss is when you can then send a Cease and Desist to both the former employee and the new employer.

If you have any further questions about non-compete and confidentiality agreements, consult with your legal counsel.